Added by Navin Mittal at 2:12 PM No comments:

I have not been active on the blog but have been brewing for sure. At the brewery!! But now the home brewing has started again. Have 3 beers ready: 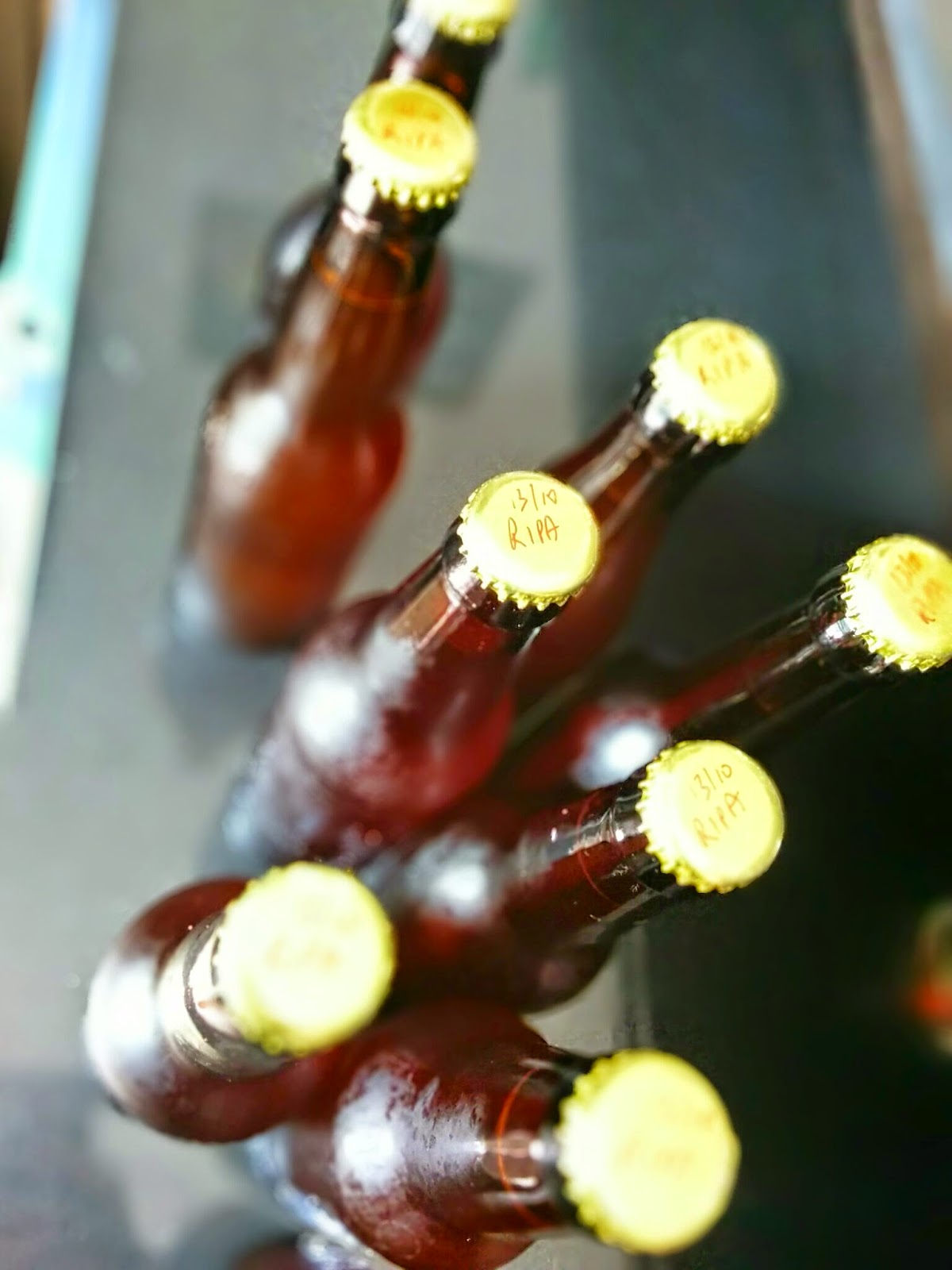 Excited to be back into brewing at home and creating new recipes. Experimentation will be the key focus now. Classic styles have been done to death!!

Happy brewing to me!

Brew your Own Mumbai!

All you guys who keep writing to me about home brewing, here is a great opportunity to see and learn practically. I, along with Rahul Mehra and Krishna Naik of Gateway Brewing Co., will be conducting the home brewing class. Do attend if you are keen on starting this hobby. 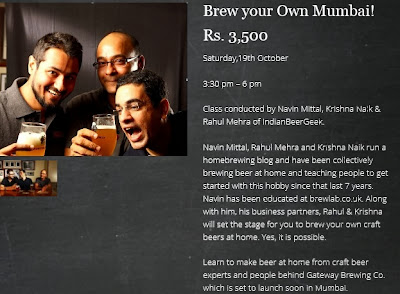 NOTE. WE AREN'T TAKING CLASSES ANY MORE BUT WILL GUIDE OVER EMAIL.

So far, over hundreds of batches of beer, I have never managed to over pitch yeast. In fact, I have mistakenly under-pitched and have had three stuck fermentations. These beers weren't under-pitched because of some experiment I was trying to conduct but because of unviable yeast cells in the dry yeast pack. At times, the yeast I had bought was old and unviable. At times, I had stored the yeast (in the beginning when I had just started brewing, I had stored the yeast in the deep freezer) inappropriately.

But I never over-pitched. I followed a simple rule of thumb: A gram of dry yeast per litre of beer. This falls in line with what is recommended by Fermentis and is a bit more than what you would calculate using Mr. Malty's yeast pitching calculator. But the results have always been consistent.

I also don't re-use yeast because I don't have a way to count the cells and determine the viability. I know of few home brewers who have successfully racked a new batch of beer onto the yeast slurry from the previous batch but I am still not convinced that it is a good method unless someone has done some math, checked the viability at least once and come up with a thumb rule.

In the most recent batch of Golden Strong Belgian Ale, something did not seem right when I was weighing the yeast. It seemed much more than the 5 grams I use for my 5 litre batches. Having no was to ascertain if the quantity was correct (weighing scale was not working), I pitched and crossed my fingers. The fermentation got done in a couple of days (warning sign), and when I tasted at bottling, it seemed to lack the flavors I was looking for. It seemed dull and flat. Post bottling and carbonation, the head would not hold and the flavors, as previously tasted, were not what I was expecting. Even after aging for 15-20 days in the fridge at 6-8 degrees Celcius, the head and the flavors did not improve. Clarity improved but that was it.

Karthich Bala, homebrewer and beer lover who I met a while ago through IBG shared this info.


I happen to get all supplies for brewing from these two wonderful shops.
http://beerguevara.com/
http://www.beerlab.co.za/
They do not work like an e-com site, rather they ask to send the list of items required and they reply with a quote. We can follow it with bank transfer. Please check if the prices are less than US/UK sites, if so you can popularize among our Indian homebrewers. One can also request to sent via private couriers.
Just thought of sharing.

This blog is about my adventures in homebrewing and through this, I hope to convert many into passionate homebrewers.

Are you one of them? Read up & get in touch IBGMumbai@gmail.com. [more...]

How to brew beer at home in India

3. Equipment for brewing I